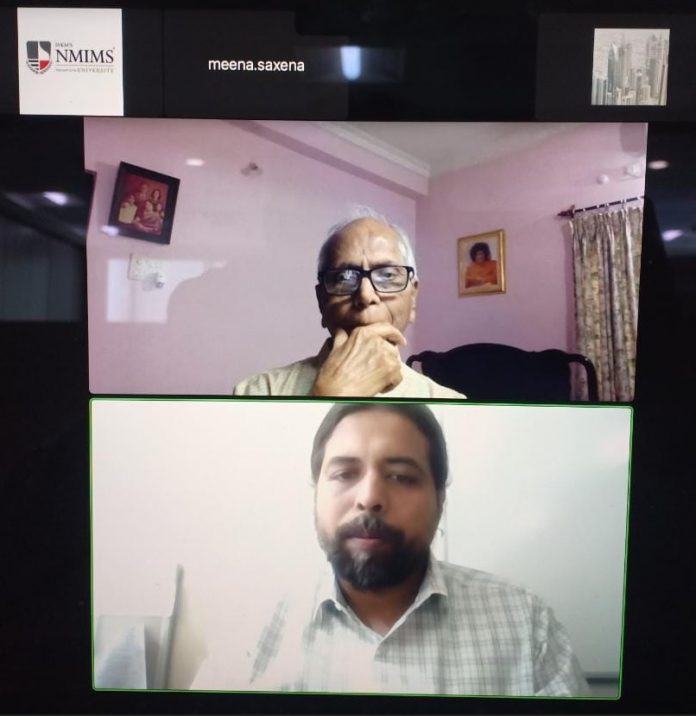 Mumbai, 26th August, 2022: SVKM’s NMIMS organised a book talk on the 26th August 2022 on “Human Evolution, Economic Progress and Evolutionary Failure” with the author Dr. Bhanoji Rao, Former Professor, National University of Singapore and Economist, World Bank and presently the member of the Governing Body, GITAM and IFHE Universities. An esteemed academician with 18 authored/co-authored books, 62 authored/co-authored papers in refereed journals, 14 monographs, and contributions to over 100 columns in print media in India and Singapore under his sleeves, Dr. Bhanoji Rao has also been worked as a consultant with various eminent industry giants.

In the interactive session about his book, Dr. Bhanoji Rao elaborated on the various terms coined by him such as Contextual Truth, Contextual Non-violence, and Evolutionary Failure. He told audience that he is greatly influenced by Mahatma Gandhi and Mother Teresa and especially mentioned Gandhi Ji’s ‘The Story of My Experiments with Truth’, as a book he considers supreme.

He highlighted that the smallest gestures in day-to-day life also represent contextual non-violence. He narrated his real-life experiences to simplify the difficult terms in his book, sharing insights about absolute truth and the manifestation of non-violence. He stressed that it is the role of intellectuals and experts to perpetuate the idea of contextual truth and non-violence in the masses. He also spoke about the difference between equality and visible equality through peculiar examples.

Dr. Bhanoji Rao accentuated that if we have to move away from evolutionary failure, we have to work on policies for housing, medical and educational sectors. Concluding the session, he argued that closed-door discussions, which are more honest since there is no media spotlight, with policymakers and industry-leaders will bring out fantastic results.

The session was moderated by Dr. Kiran Limaye, Assistant Professor, Sarla Anil Modi School of Economics, NMIMS, who ensured that the questions by the audience were answered.

An excellent monograph that illustrates how human evolution and economic & social progress are tied together, highlighting the vital contribution of the perpetual adherence to contextual truth & non-violence. The journey of human evolution doesn’t only encompass physical transformation but also progression in the ideologies, cultures as well as political and economic realms. Later, science took a front seat, playing a crucial role in accelerating human evolution.

The book emphasises on the fact that evolution changed the lives of humans for good, with more innovative ecosystems starting to foster, humans came way ahead in the race of evolution as compared to other species. Intelligence gave man the leading edge to ideate and innovate. But industrial and economic progress not only brought prosperity but also challenges and increased social tensions between races of humans, leading to an evolutionary failure.

The book also highlights the conscious efforts to ensure adherence to truth and non-violence and the need to perpetuate these values in all human classes and masses. The world should move towards becoming one global family, emerging as a peaceful and united world.

Established in 1981, NMIMS is today recognized as a globally reputed university with strong industry linkages. It offers multiple disciplines across eight campuses that consist of 17 specialised schools, more than 17,000 full-time students, and 800+ full-time faculty members, ten faculty members with Fulbright Scholarship and Humboldt International Scholarship for post-doctoral researchers. The Shri Vile Parle Kelavani Mandal (SVKM) laid the foundation stone of this esteemed university with the aim to cater to the rising demand for management institutes in the country. It is known for its consistent academic quality and research-focused approach to holistic education. SVKM’s NMIMS has been granted Category-I University status by Graded Autonomy Regulation 2018 by MHRD/UGC, and NMIMS Mumbai Campus is NAAC accredited with A+ (CGPA of 3.59.) 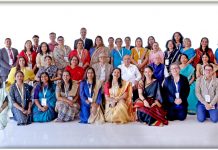 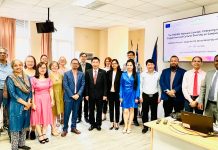 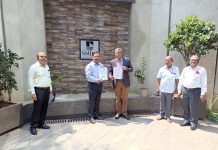 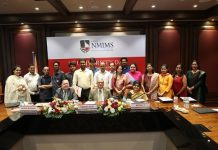 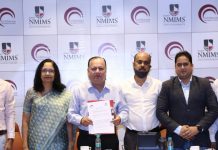 NMIMS signs MoU with LivNSense Technologies to set up a joint...

The Reluctant Billionaire: How Dilip Shanghvi became the Richest Self-Made...